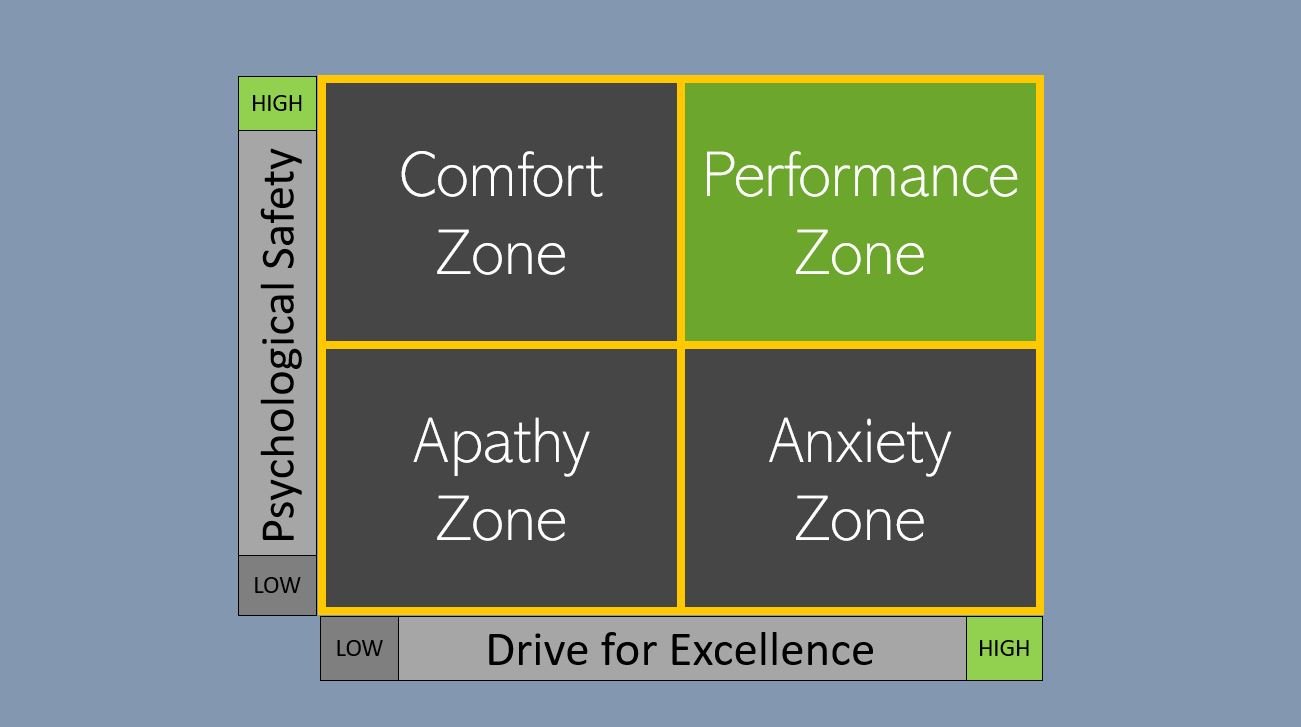 Fear of failure is ingrained in us. It may have its roots in our parents trying to protect us, but it later leads to playing the blame game. Our parents, siblings, teachers, coaches, bosses, and friends react negatively to our failures, so we learn failure is to be avoided or hidden. This often results in a fixed mindset in which we are afraid to try new things.

The business guru Tom Peters said, “Fail forward fast.” And Winston Churchill said, “Success is stumbling from failure to failure with no loss of enthusiasm.”

Why are these luminaries telling us to fail!?

Allow me to submit for your consideration this Robert Kiyosaki quote, which I think answers the question: “Failure is part of the process of success. People who avoid failure also avoid success.”

According to the research of Amy Edmonson at Harvard Business School, there are nine reasons for failure, some of which should be avoided but some of which should be embraced. Dr. Edmondson is the person who created the concept of Psychological Safety in the workplace. Psychological Safety was later identified by a huge internal research study at Google, called Project Aristotle, as essential for successful work teams.

It turns out, though, that Psychological Safety alone does not lead to individual or organizational success. We must also have a drive for excellence.

High Psychological Safety and high drive for excellence lead to high performance, but they also necessarily create failures. We may want to pretend we can get everything right, but the only way to avoid failures is to do nothing (and that, of course, is a failure, in itself). So understanding failure is important.

Here are the nine:

Lack of Ability – failure caused by a lack of skills, tools, or training

Process Inadequacy – the person wants to do a good job, they pay attention, they have the skills, tools, and training, but failure is caused by a flawed process

Task Challenge – failure caused by the task being too difficult to be done reliably. The person can do it under perfect conditions but not every time and especially not under pressure

Uncertainty – the person does everything right. The process works, but failure is caused by unforeseen circumstance (like a pandemic)

Failure is part of the process, but you don’t have to personally experience all the failures. Learn from the failures of others. Read biographies and watch documentaries about successful people. In every biography and documentary there are lots of failures.

I was talking to a successful executive, last week, who said he had been profoundly influenced by the biography The Last Lion. The Last Lion is a 3-volume biography of Winston Churchill. That this person is successful and that he read that long, dense biography is not coincidental.

You can also learn from mentors and role models: people you know personally who have achieved something you want to achieve. To help with that, Engaged Banker eXperience is recording a series of video interviews with people who have been successful. And in each of those interviews, the person talks about their failures, along the way.

Learning about the failures of people who have already achieved the things you want to achieve does two things: It reminds you that there are no overnight successes, and it allows you to take the lessons from other people’s failures, without the pain.

Martin Seligman is considered the father of positive psychology. His book Learned Optimism says one of the differences between pessimists and optimists is the “personalization” of failure. Pessimists believe failing at something means you are a failure. Optimists believe failures are lessons.

We can and should learn from every failure, however, Amy Edmonson’s top two, Hypothesis Testing and Exploratory Testing, may be the most important for learning. But they require effort. You must put yourself out there to get their benefits. You must intentionally choose to devote time, attention, and resources to them. It’s not always an intuitive or easy choice. It is, however, worth it.

Engaged Banker eXperience delivers these and many other strategies, from behavioral science, to all of your bank’s employees, in a way every person can easily absorb and immediately apply, to their individual success and the success of your bank.